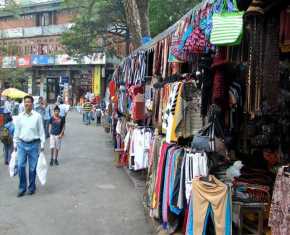 Established as a cantonment in 1842 by the British, the village has become a tourist attraction in the recent past and has been attracting more and more tourists every year. Situated in the lap of Dhauladhar hills the town has a suitable climate for tourism throughout the year. However summer and winters are the best time to visit this hill station. Winter season opens doors for a more beautiful Kasauli with snowfall and beautiful landscapes. Kasauli can be reached by air, Bus and train.

The hill station still has the mark of British and the church here constructed in 1923 is one such example of British architecture. The Kasauli club which was constructed in 1880 was used by British and is now used by Indian army. Kasauli also has a Central Research Institute (CRI) which was started during the British rule and is currently working with World Health Organization (WHO) to develop vaccines for Polio, Measles and other vaccines. The hill stations also have other attractions like Monkey point and Sanawar. Monkey point gives a brilliant and elegant view of Sutlej River and Chandigarh plains. Sanawar has one of the oldest schools in the country, The Lawrence School which is more than a hundred years old. The Kasauli hill station is a must see tourist spot in North India and is quite unlike other hill stations like Shimla and kullu. It is peaceful place to escape to rejuvenate. The flora here is home for many herbal plants and the air here is good for health.